On a plot with a steep slope and panoramic views of the bay of Chania and Souda, a one-level house was designed and built for a young couple. The building consists of two volumes placed perpendicular to each other. One volume, placed transversely to the ground altitudes, is almost underground and includes the bedrooms. The second volume, placed perpendicular to the altitude and the first one, hosts the day areas and places two outdoor areas, at west and east. This volume "pressing" on the retaining wall that shapes the patios of the house at the same level as it, "flies" by placing the daily spaces in a vacuum, with perimeter glass allowing unobstructed views of both the city and the sea, as well as in their own residence.

The access to the house is one level below the house, at the point where the vertical volume flies over the slope. The owners can access it through a ramp east of the building, in the office space. In the west atrium, all the spaces of the house except the office are expanded through large openings. There is also a swimming pool.
The transition from day to night spaces is made through a corridor in the southern part of the building, where one side consists of a single opening in the southern, private garden. Although 75% of the shell of the building is made of glass, the arrangement of its volumes achieves a sense of privacy in all areas, as well as the alternation of different scenarios as you move.
Each of the three bedrooms has enough space for a double bed, large closet and office, while the master has his own wc with separate access to the patio, dressing room and corner space in the bed that allows unobstructed views of the city and the sea.
Orientation, permeability and planting compose a bioclimatic building, and in combination with the newest external and internal thermal insulation system, from the first applications made in Greece, the aluminum systems of advanced technology and the newest underfloor heating system with co-heat heat pumps the latest vrv4 air conditioning system and the hidden photovoltaic system on the ceilings, we managed to have a building with zero energy consumption, integrated into the environment. 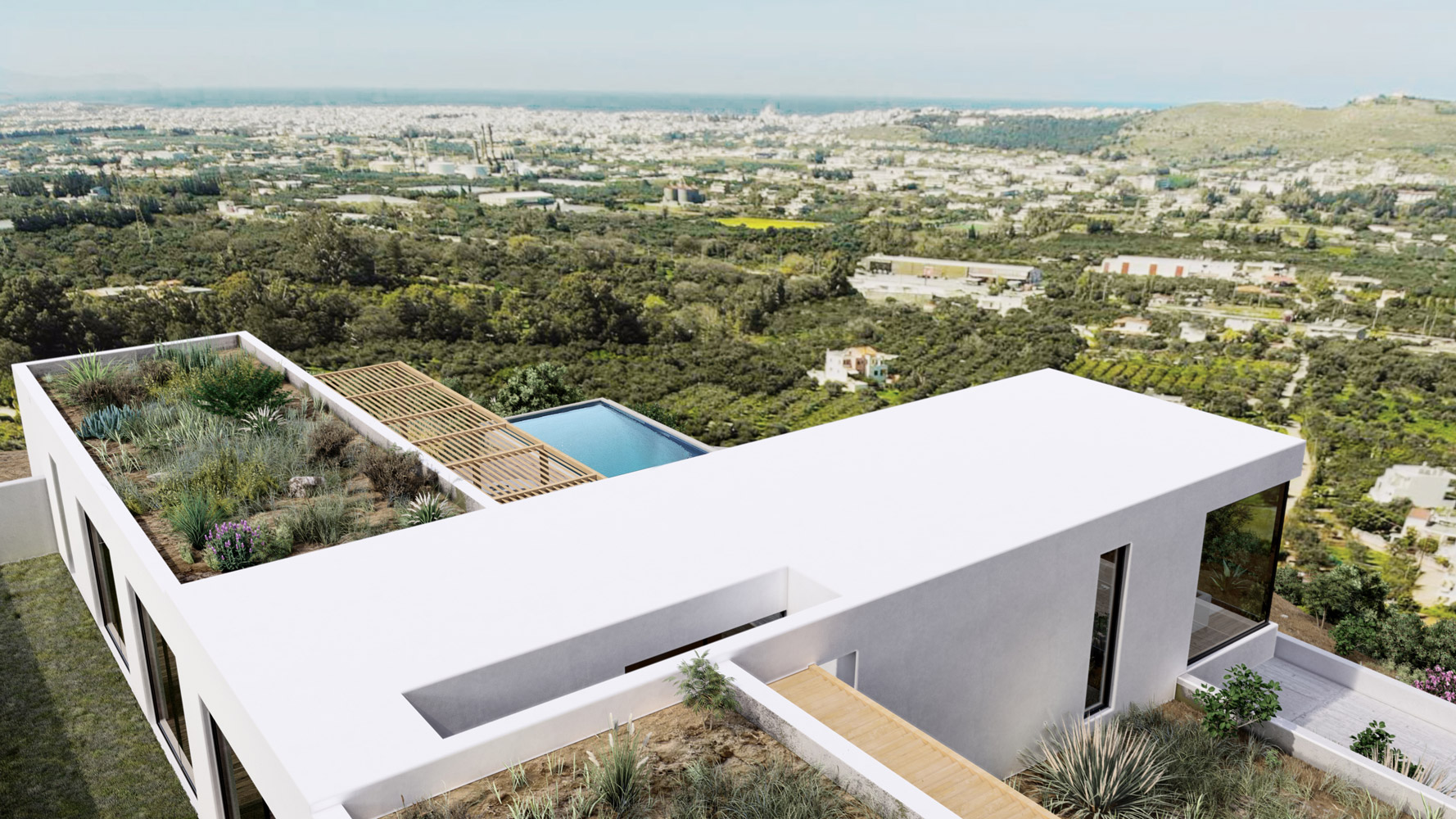 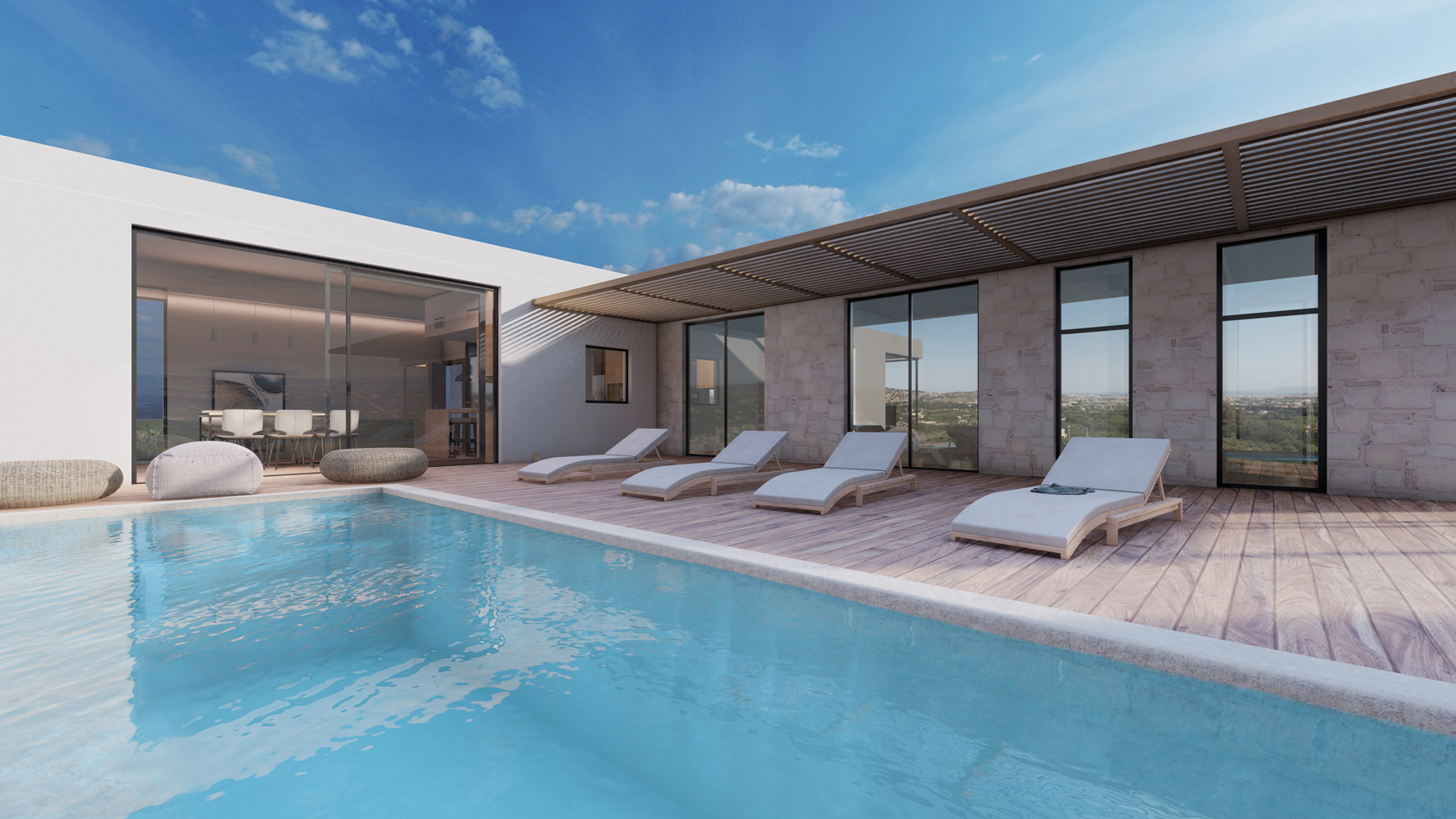 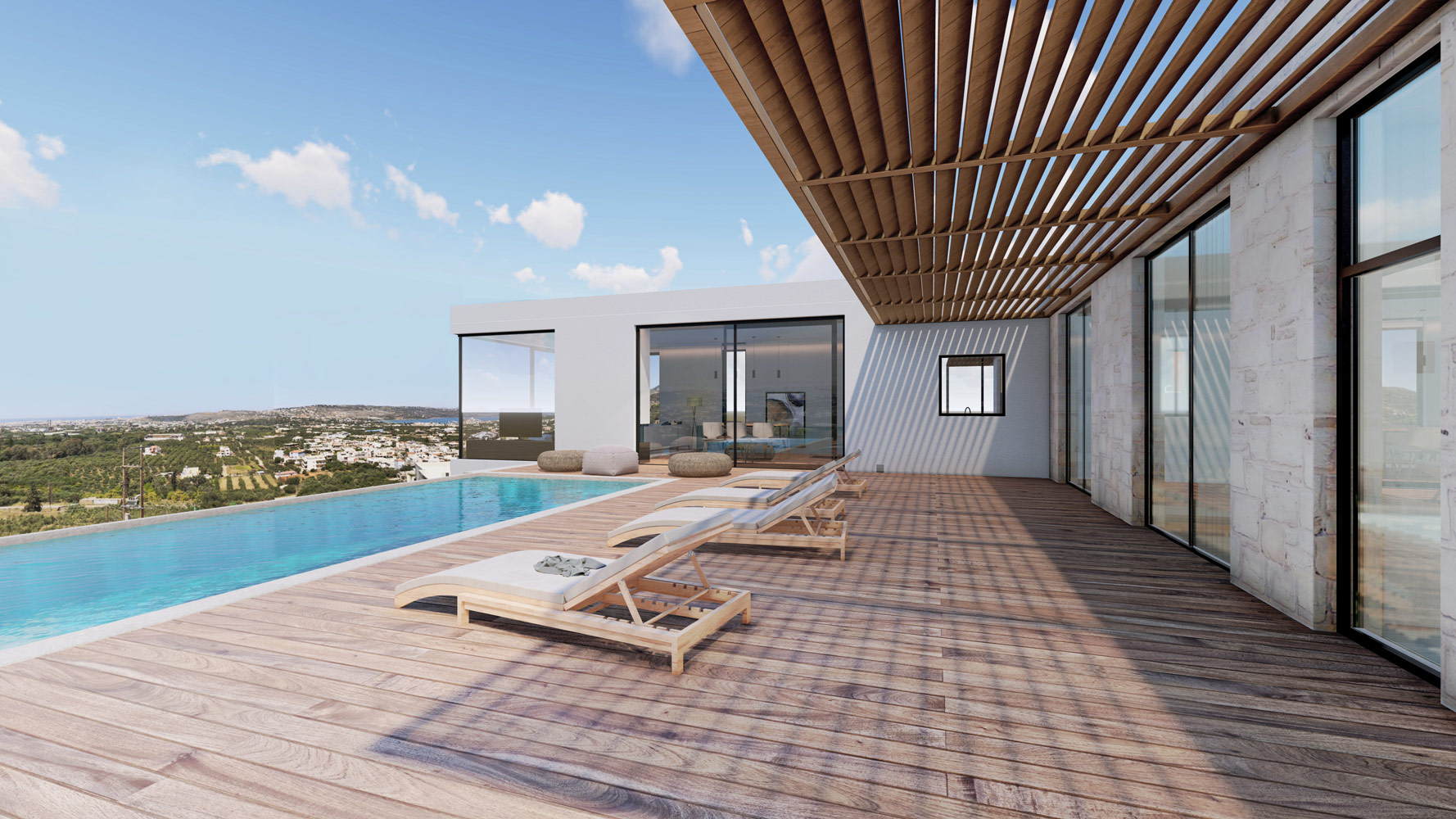 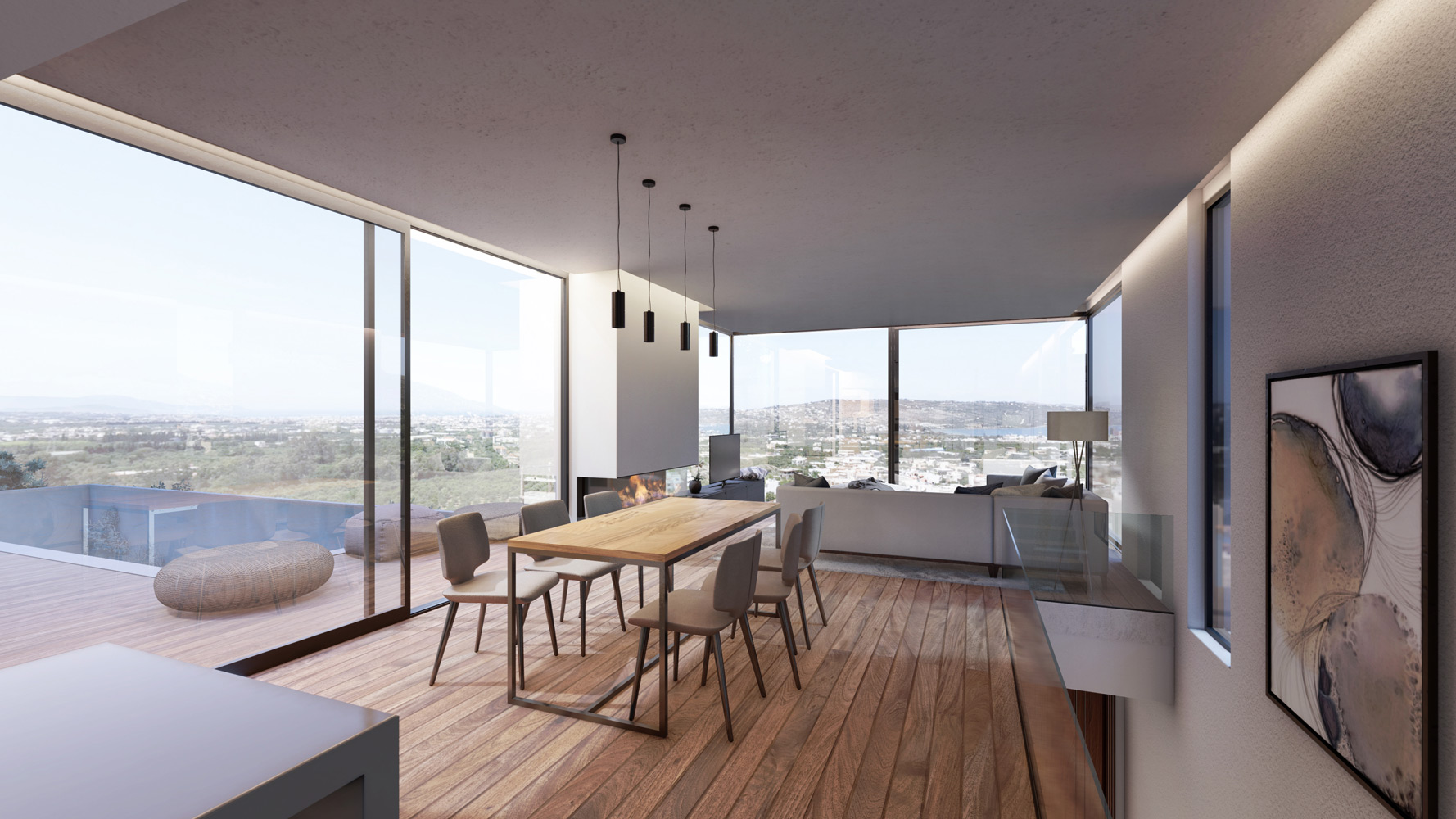 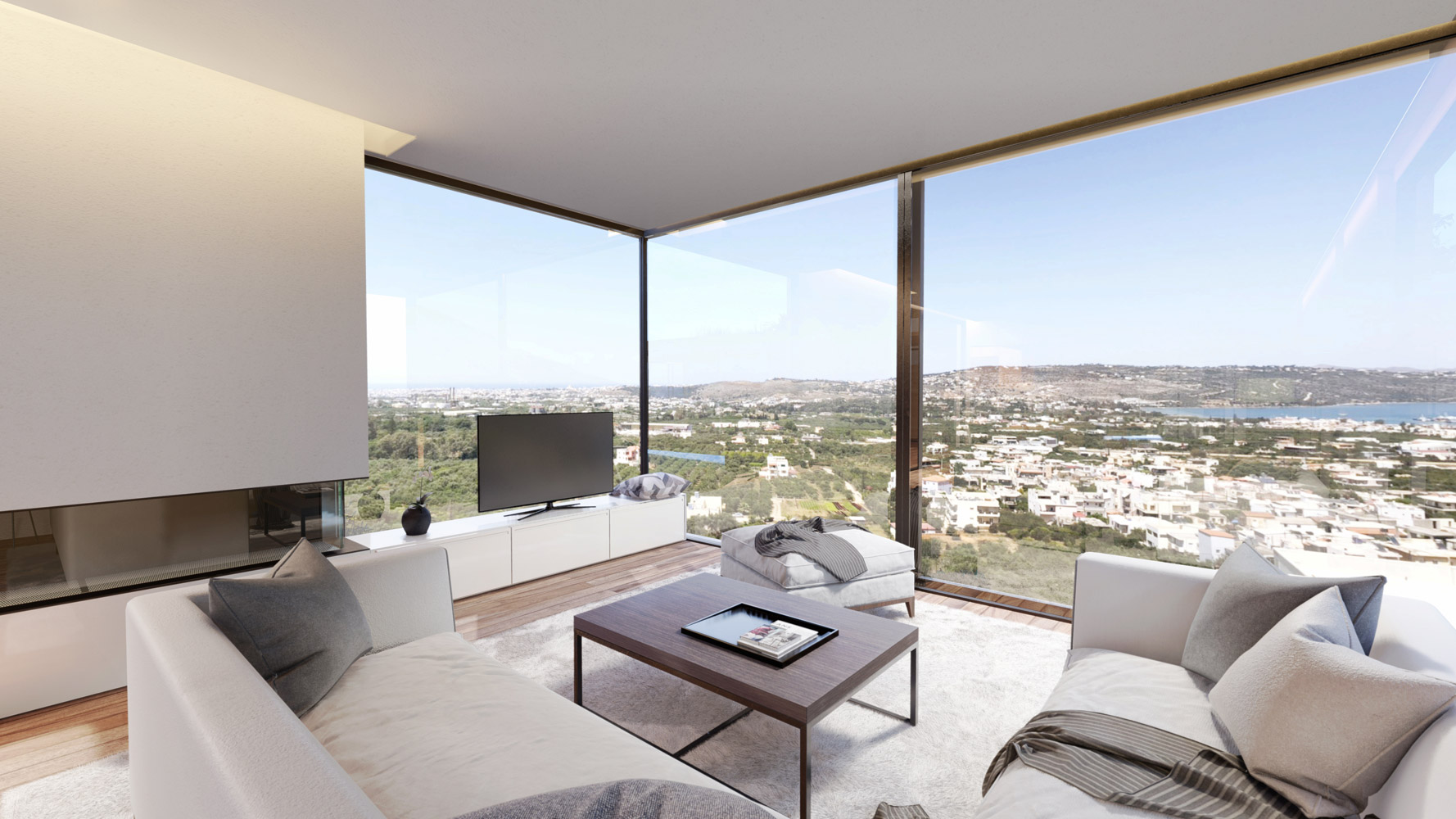 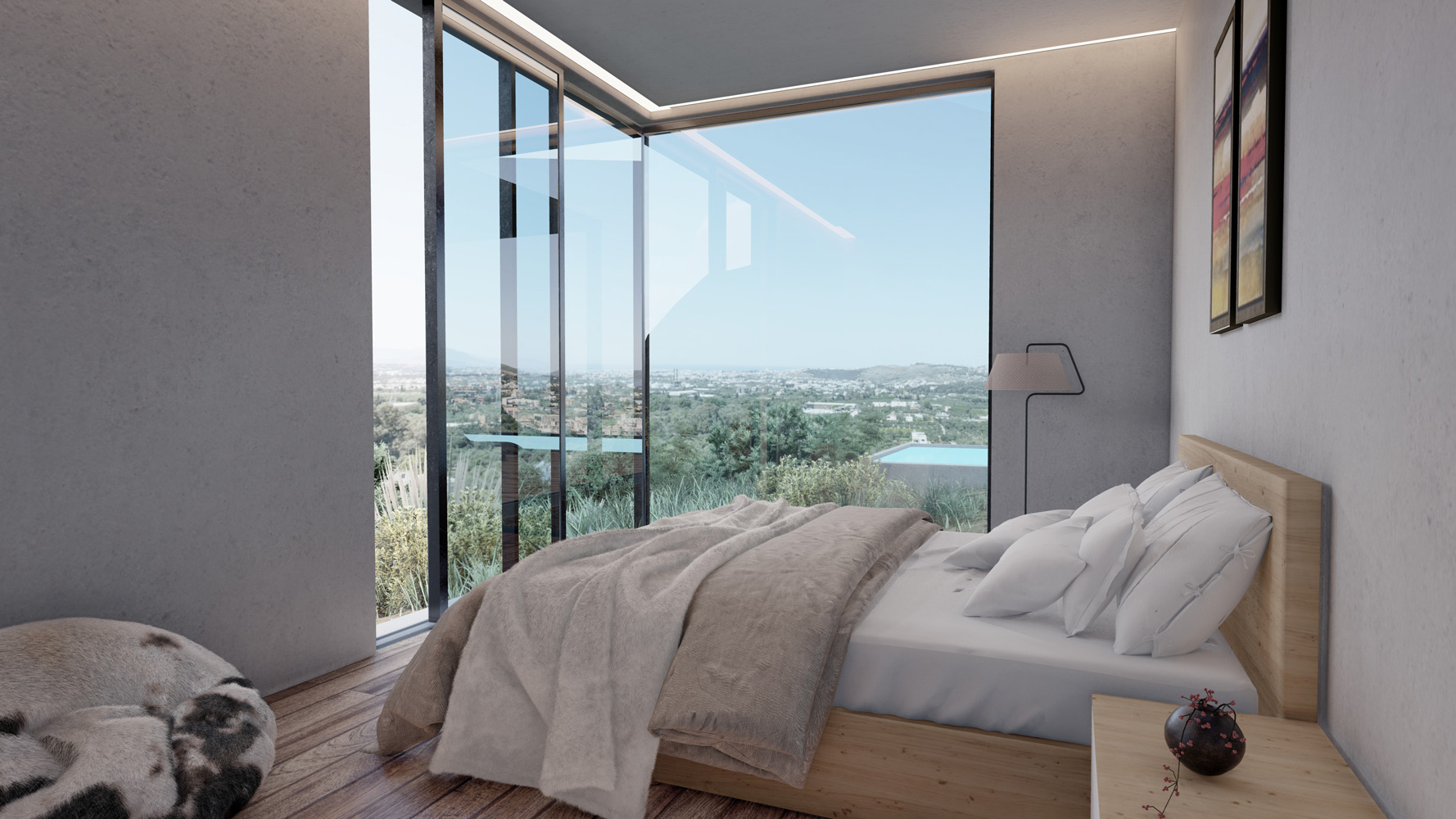 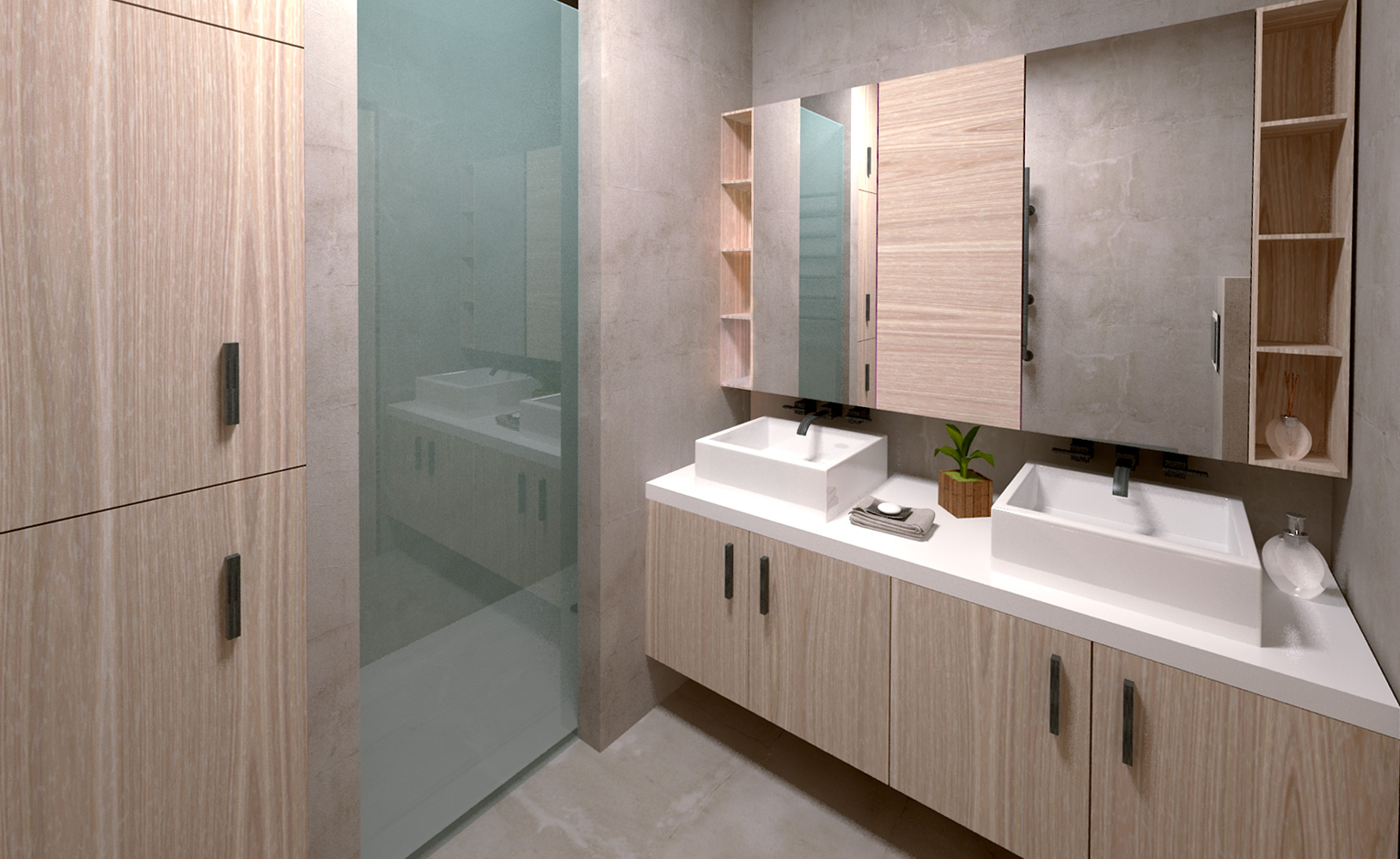 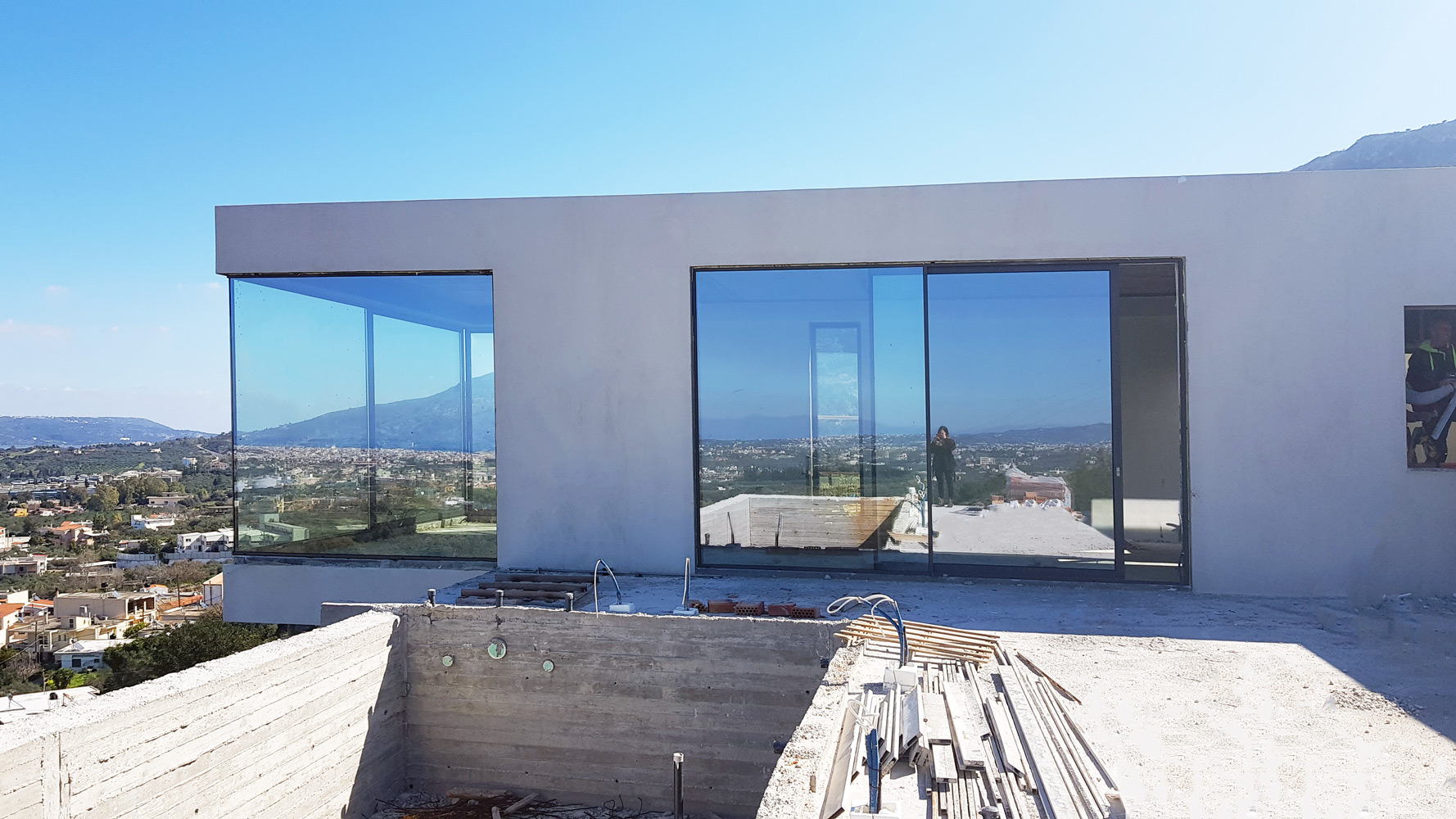 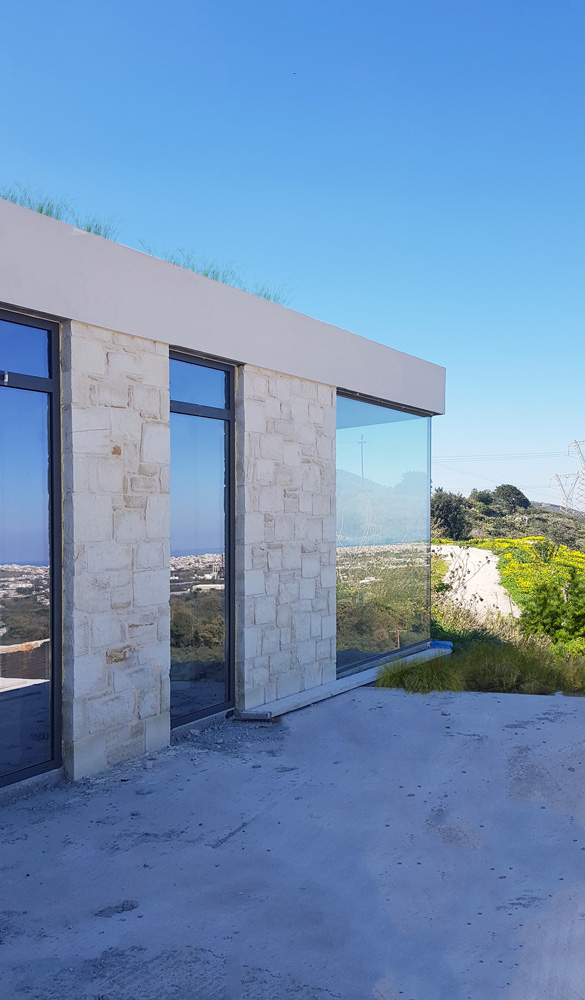 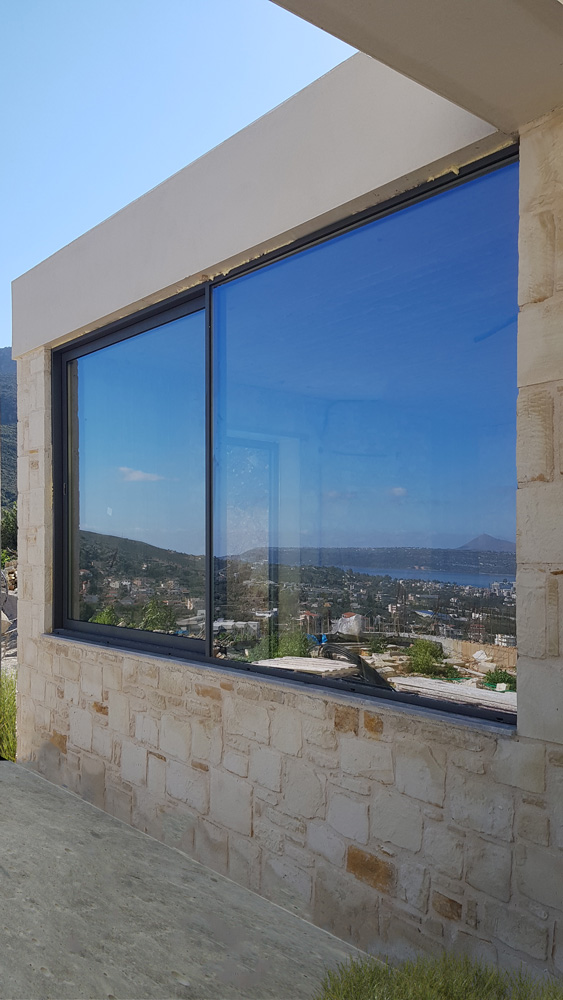 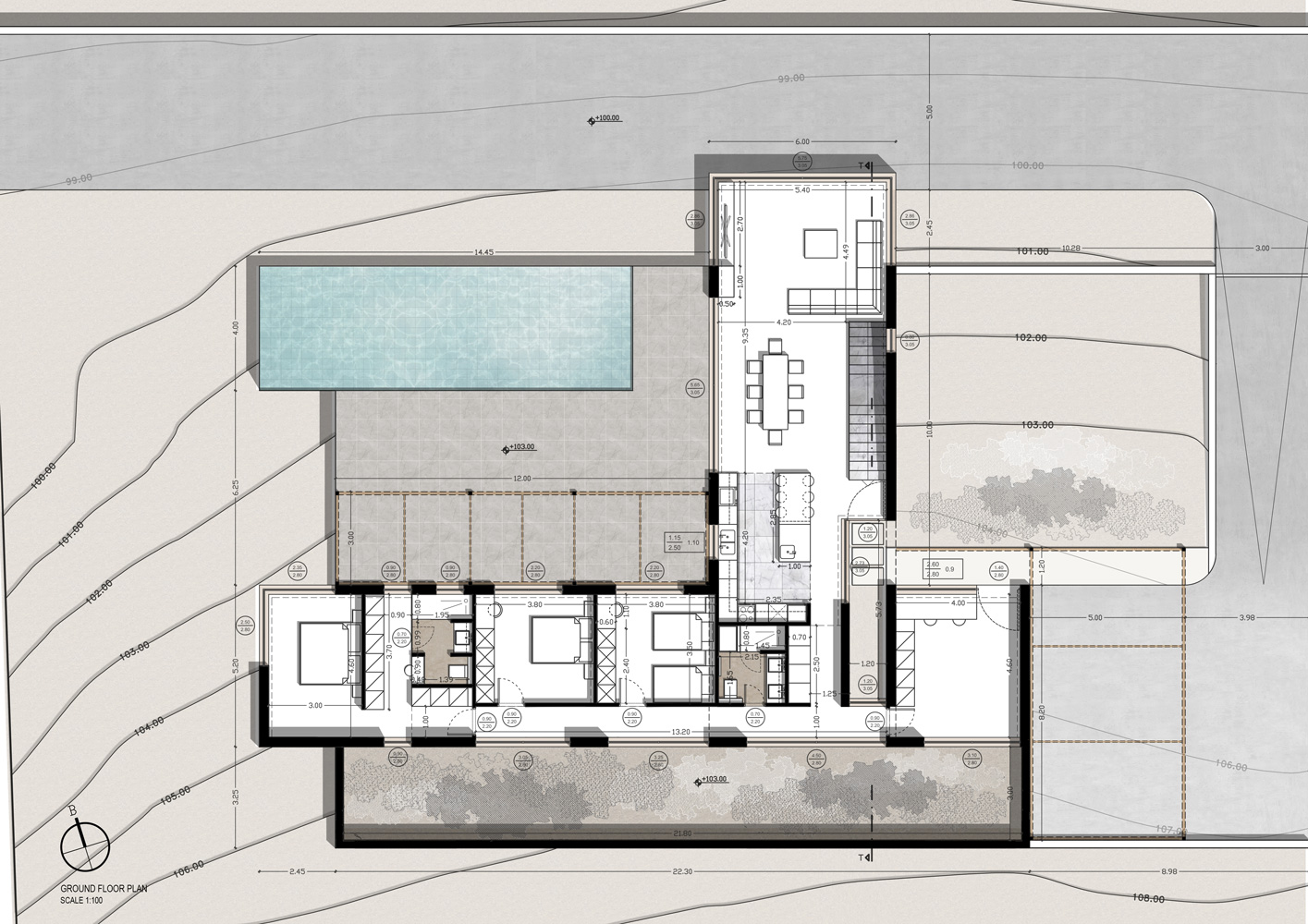 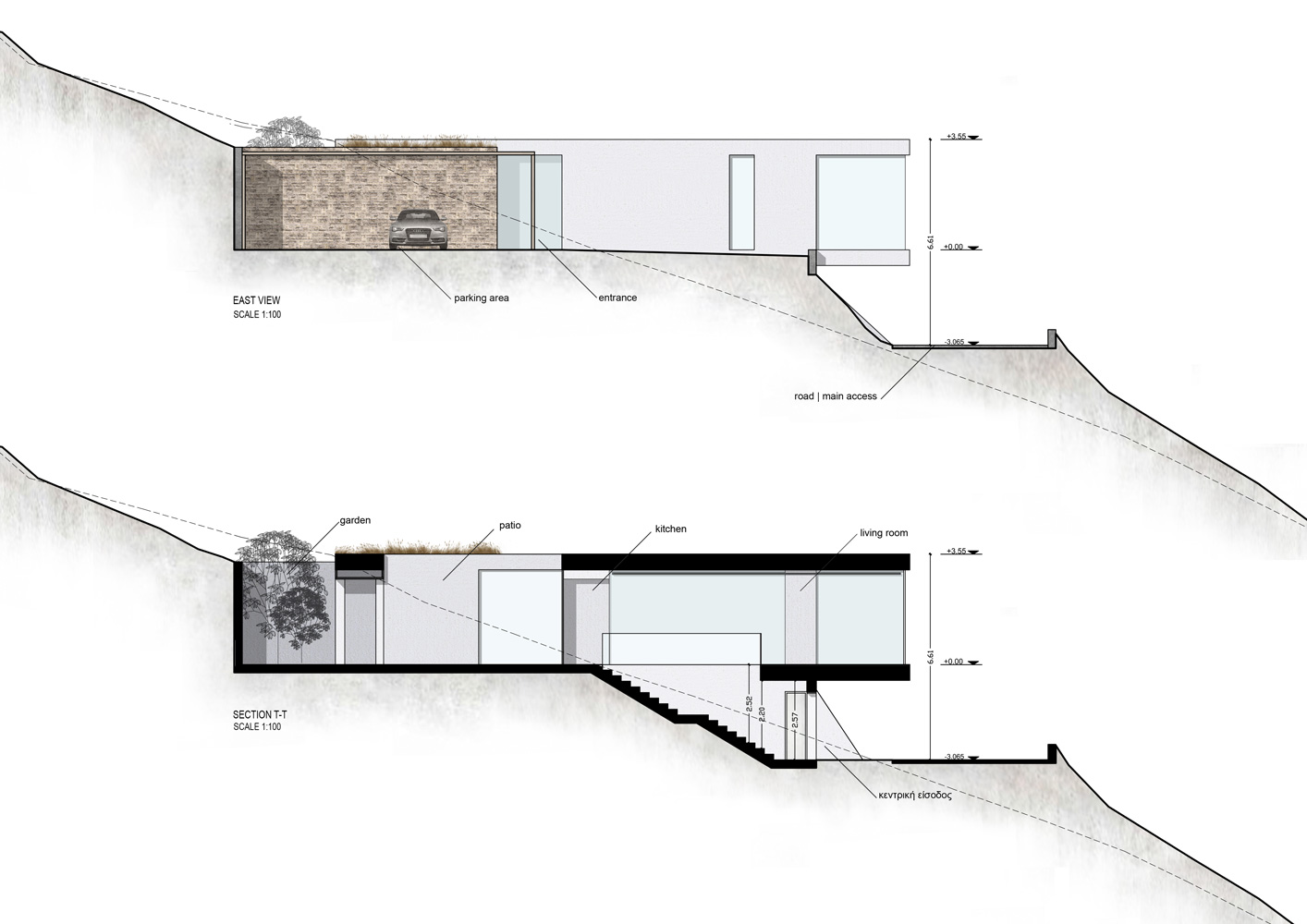 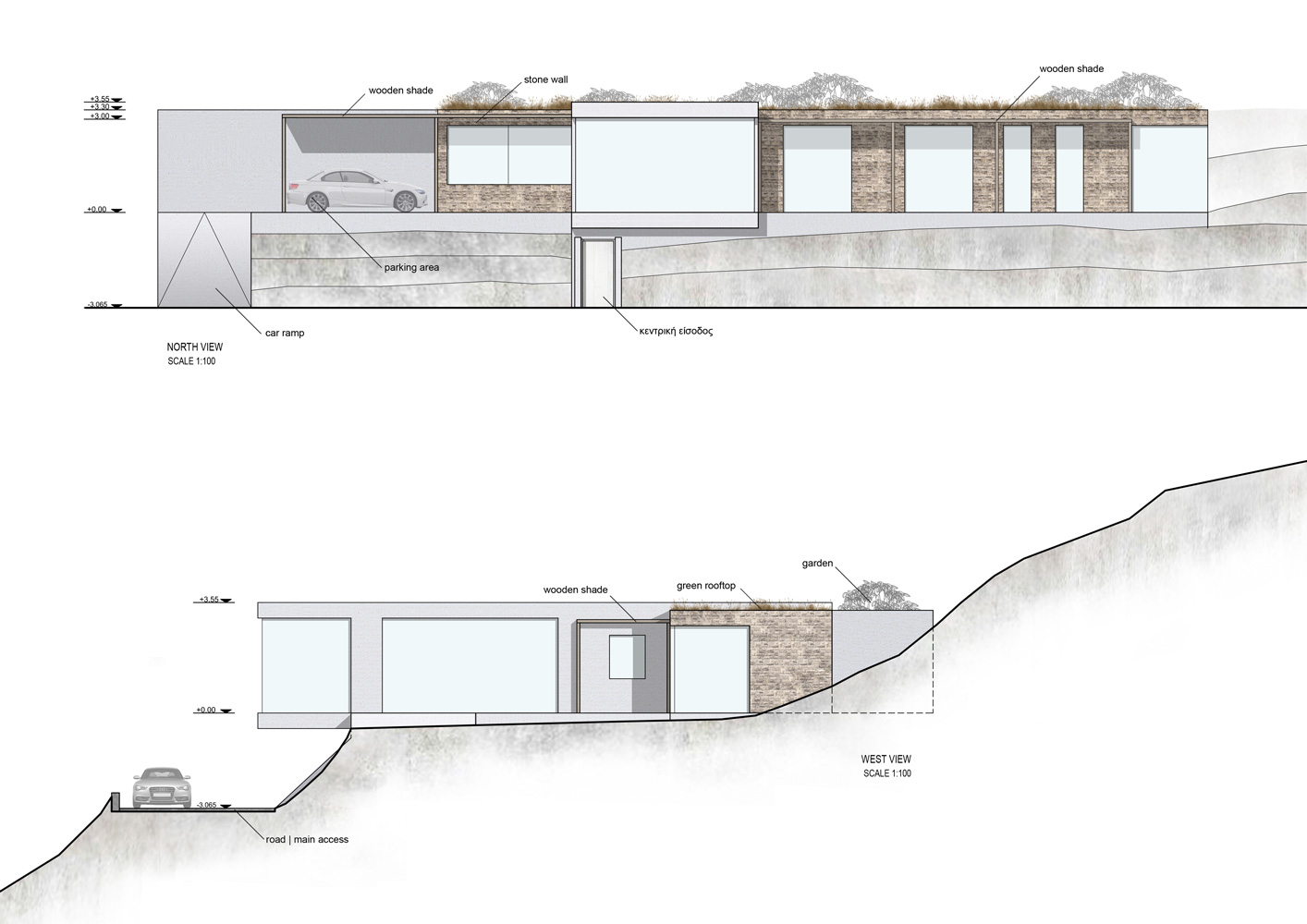