HOME ARCHITECTURE CONSTRUCTION SERVICES WHO WE ARE BLOG
ελ/en/de 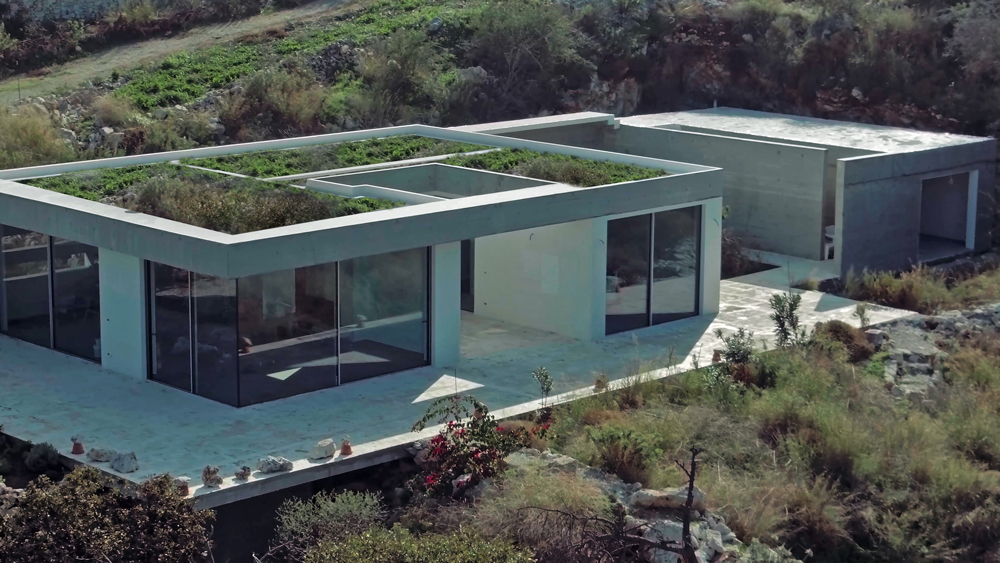 In an existing architectural study, we were asked to carry out the implementation study and construction of the ground floor house outside the settlement of Gavalochori. The inconsistency of the architecture with the static study as well as the impossibility of constructing many parts of the study, led to the modification of the study in general by us before the construction and the creation of a new series of architectural, static and mechanical plans before the application study.

All the beams were chosen to be inverted to create a planted roof and at the same time to leave a conceptual slab of exposed concrete both inside and outside the building creating a concrete crown. After various tests on both the formwork and the composition of the concrete and pre-installing all the electromechanical equipment as it was not possible to correct a mistake, the concreting was successful. The filling was done with thermal insulation bricks and the external thermal facade, in collaboration with the partner manufacturer of frames, embraced the frames internally and externally, hiding them on all sides and leaving only the crystals visible. This was the first such application of hidden windows in Greece. The bottom of the windows is boxed on the floor and the water is removed through a rainwater installation, which collects the water in a cistern and is used by the owner for gardening needs. In this way, the inside and the outside floor are exactly on the same level.
The corner openings leave a free field of view to the plain, the bay of Souda, the Cretan Sea and the cape. The morphology of the building, which leaning on both sides to the ground and opening the other two to the view and outside of the house in combination with the interior patios and gardens and large openings with the perfect connection inside and outside, create a "Microclimate" that allows you to live almost all days of the year, both inside and out, losing the boundary between the two. 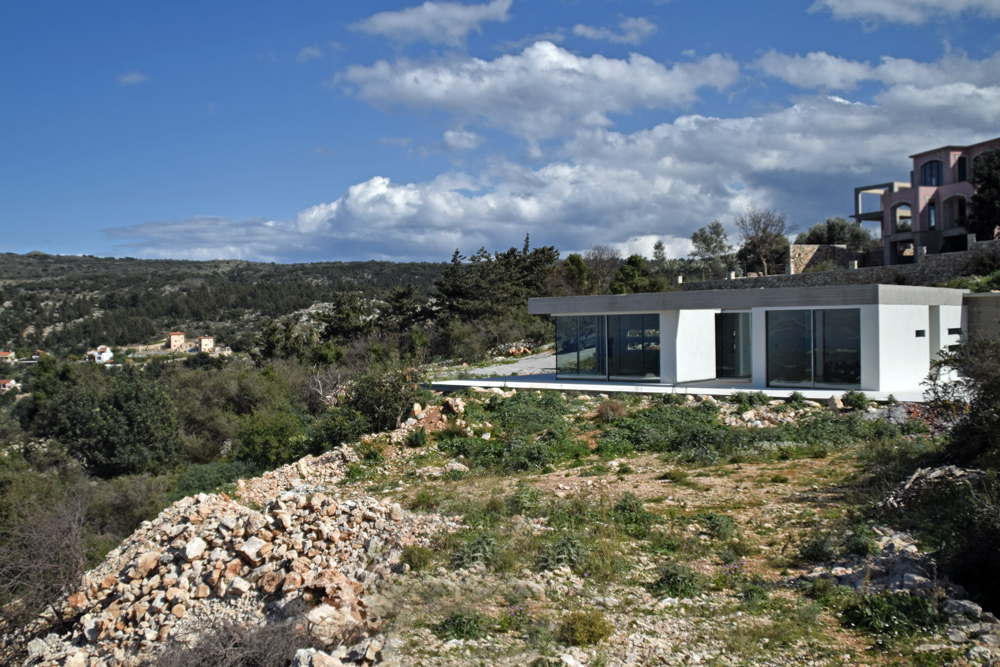 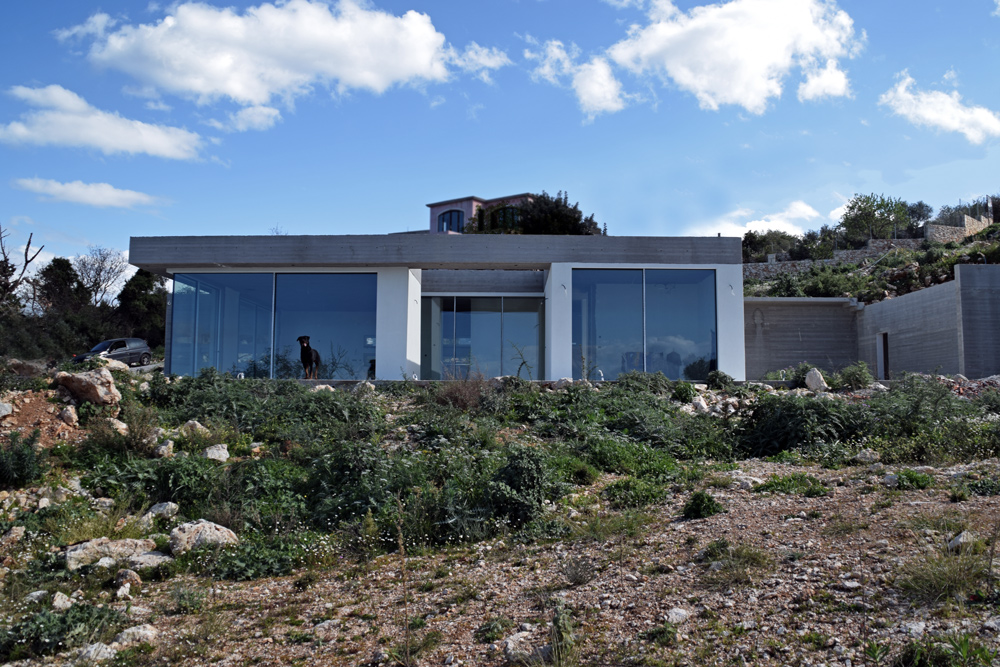 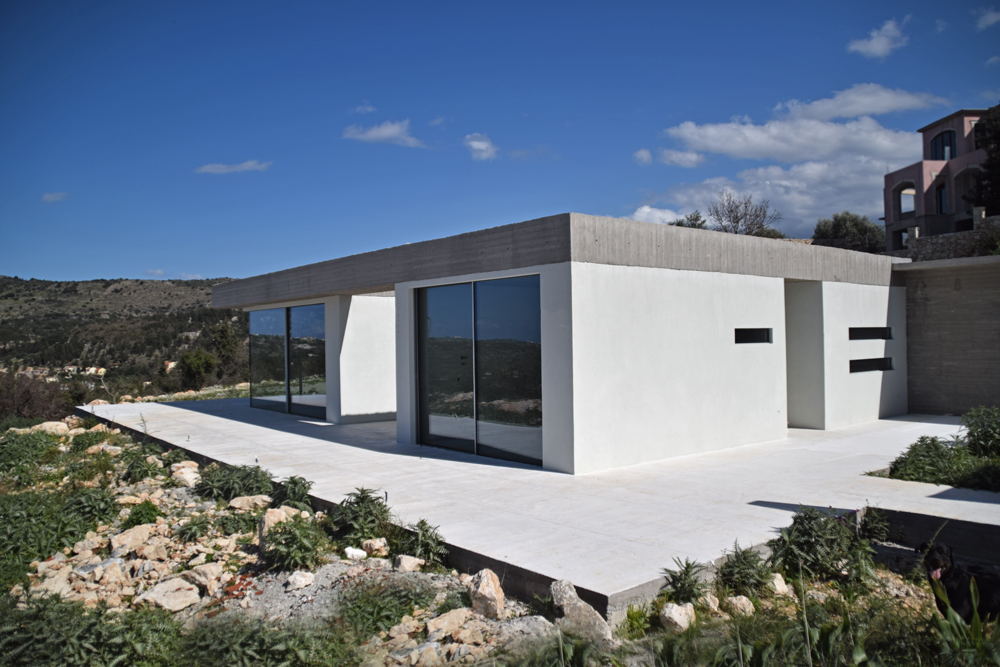 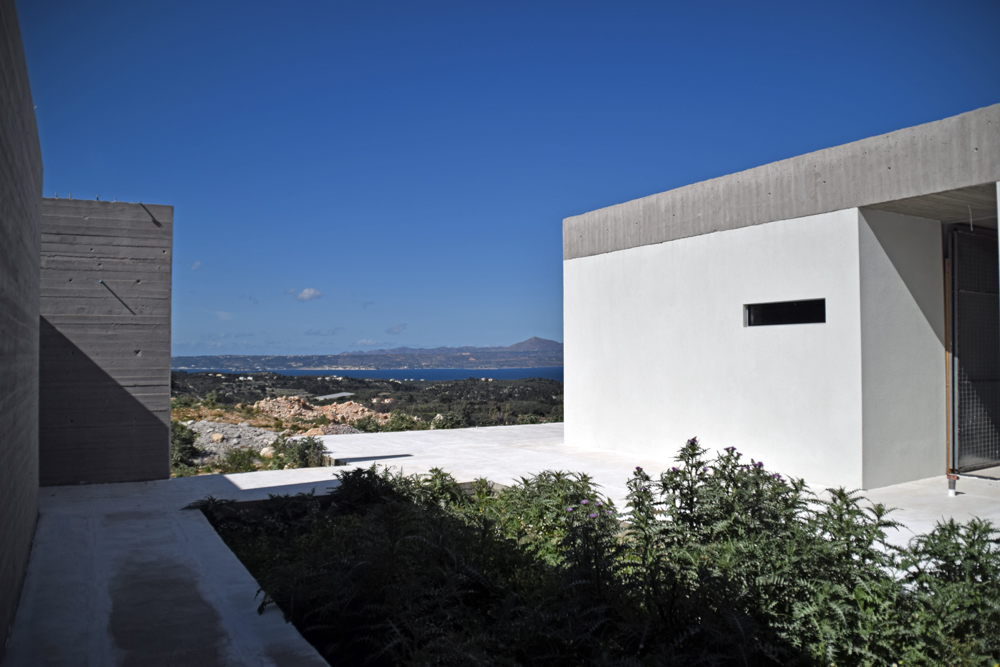 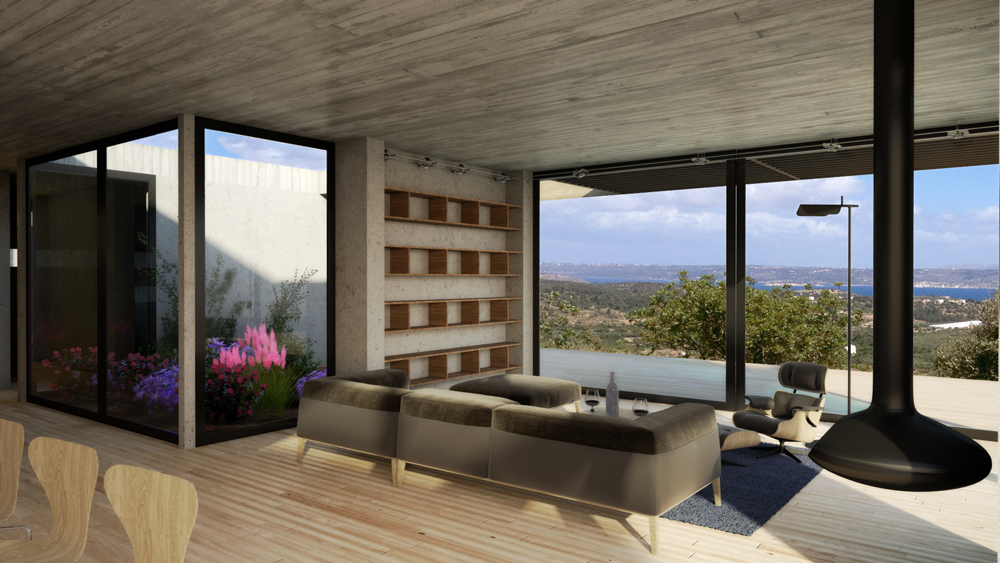 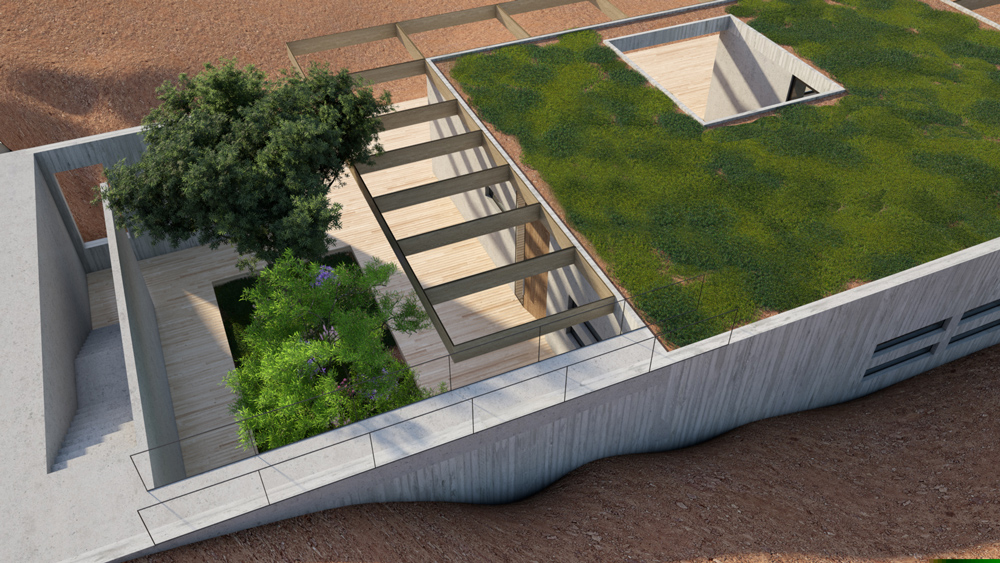 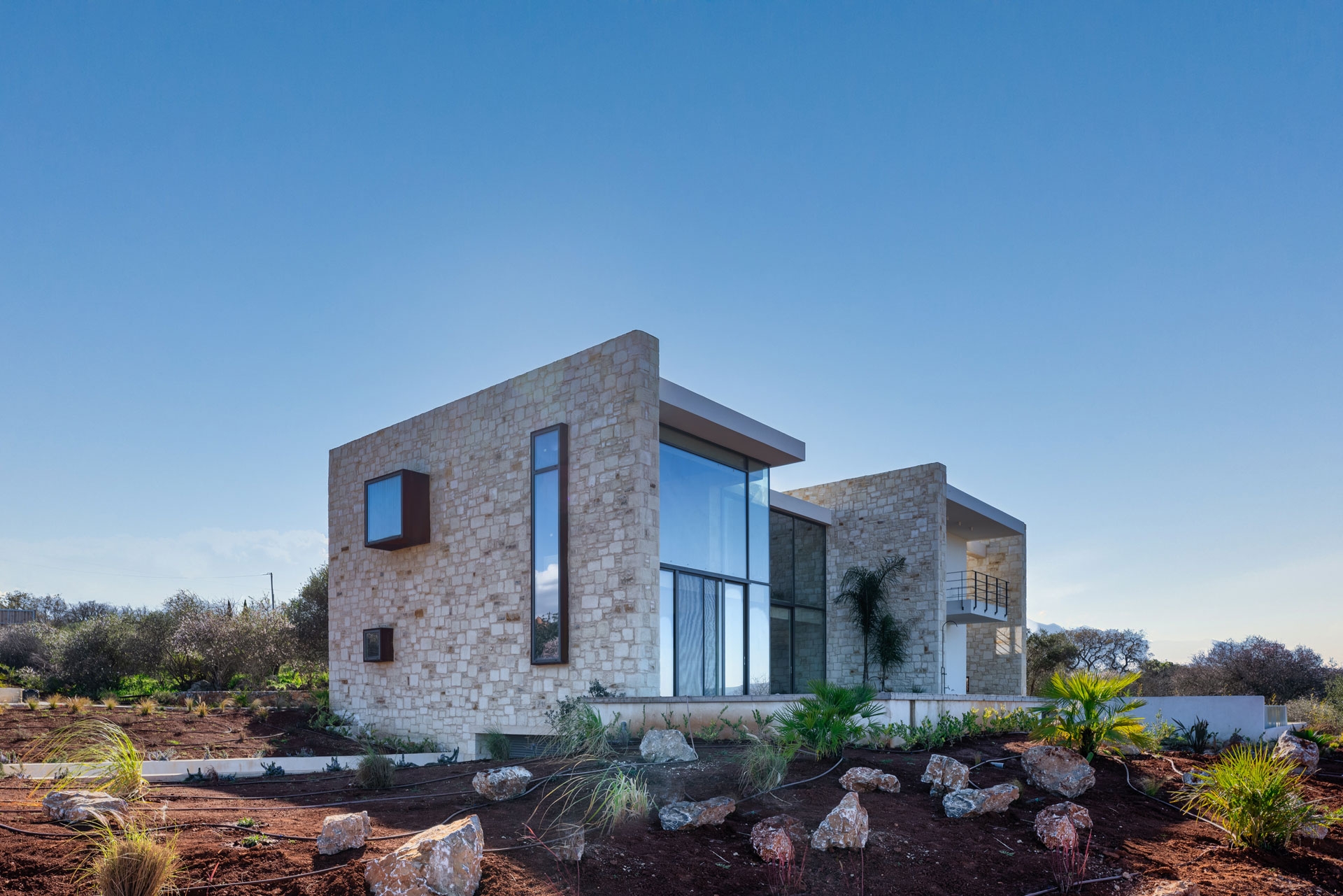 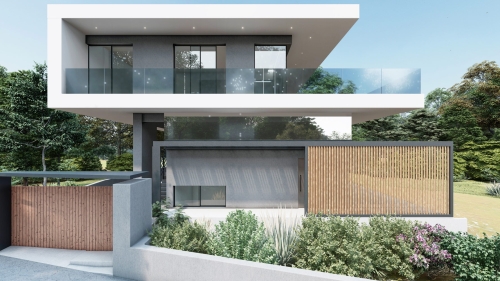 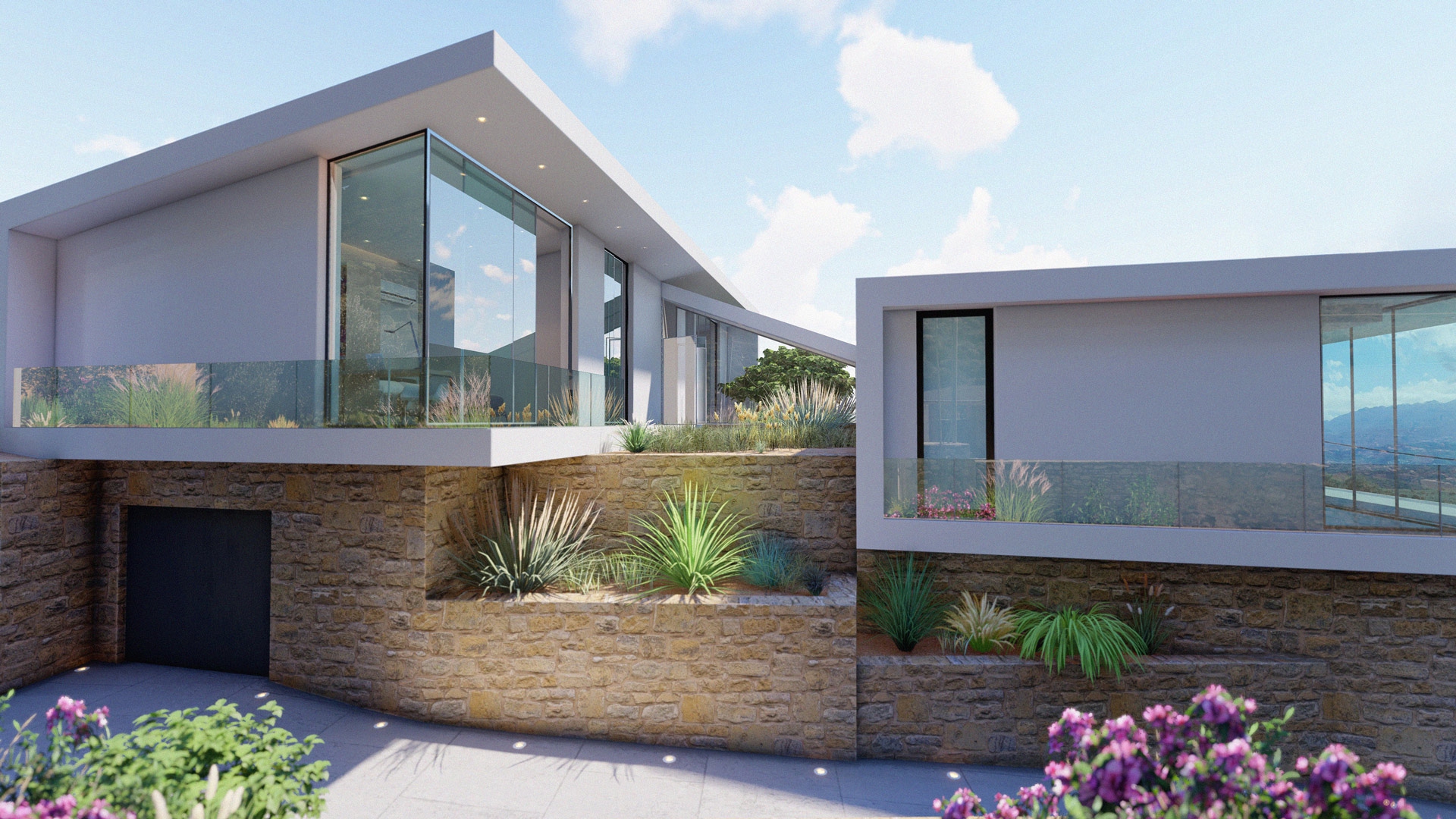 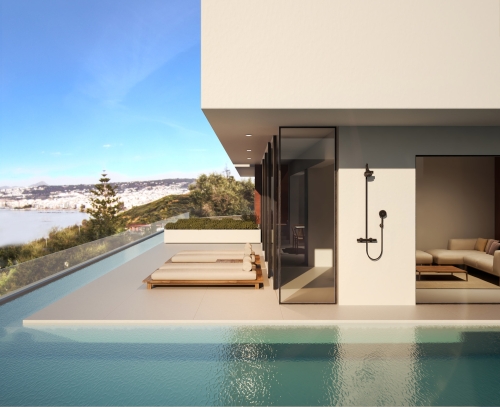 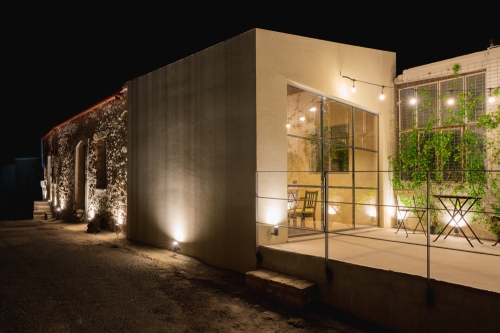 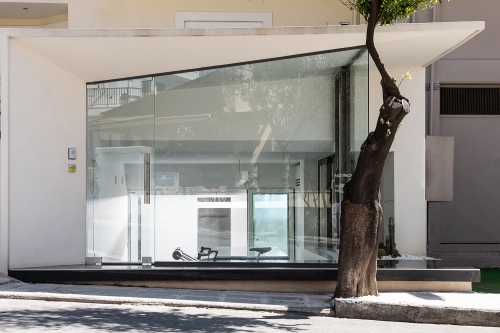 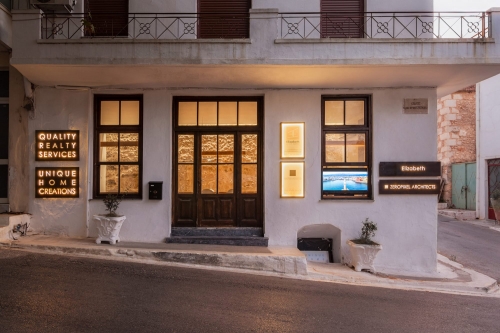 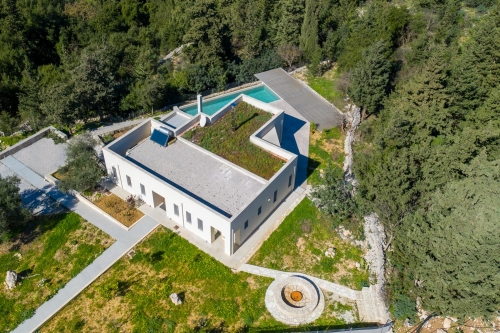 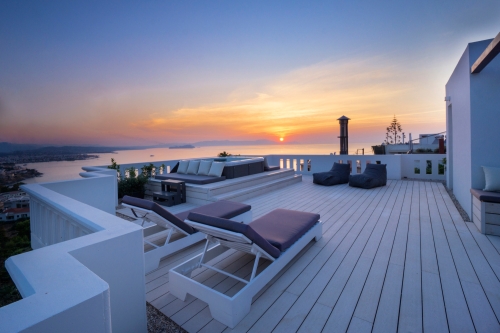 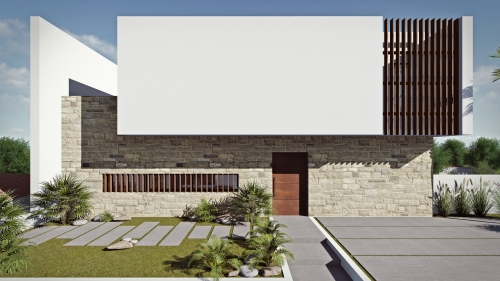 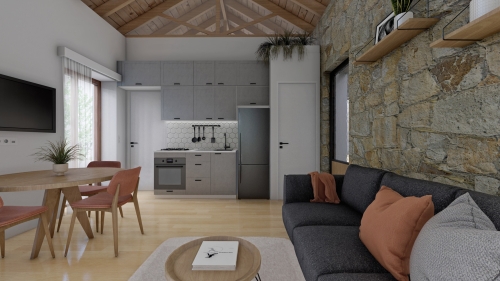 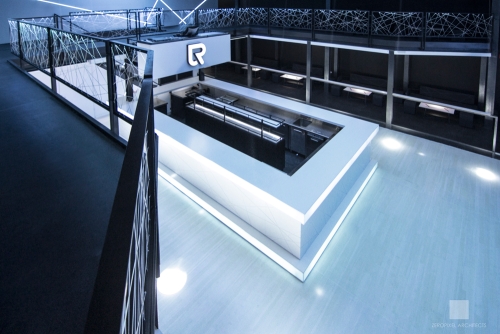